If you've been following my blog since it started, you'll know that I'm a big fan of Asgard Miniatures, particularly there line of fantasy monsters.  There's just something charming about them.  I just got a chance to paint Asgard's cockatrice, that mythological creature that is a mixture of a rooster and a dragon.  According to the Lost Minis Wiki, they made two versions of this creature and this is version 1.  I've never seen the other and the wiki only has a drawing. 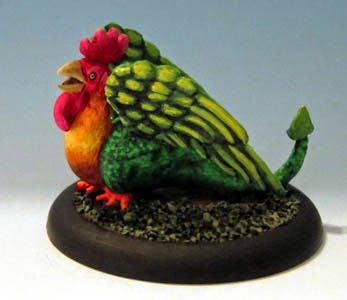 Most cockatrice miniatures have a more menacing, usually more draconic head.  The fact that this one's head looks like a regular old rooster sets it apart. 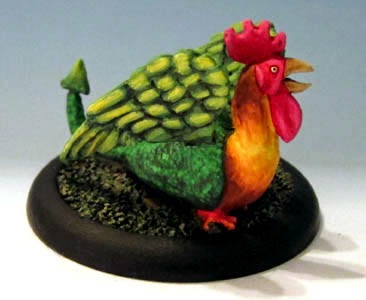 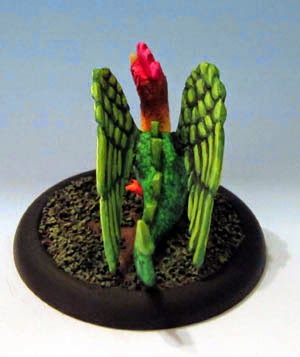 I'm most happy with the rooster part.  I think that part turned out well.  The body is ok.  It didn't have much texture so I painted it by stippling various shades of green.  The wings on the other hand didn't turn out as well as I had hoped they would.  If I had to do it over I think I would use more naturalistic colors, rather than the green I went with here.  Oh well.

Some in progress shots: you can see I had to patch a hole in one wing with with greenstuff.

I had a lot of fun painting this beasty and I'm anxious to get back to my painting table, but I'm not sure what's next, so stay tuned.

I present to you the final miniature in the Low Life miniatures set that I have been working on, Walloping Krong, the cremefillian bunskicker.  He's basically a mutant twinkie with a flaming warhammer. Yay! 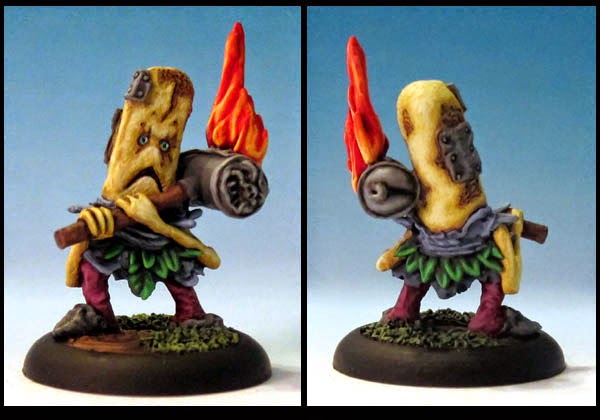 For better or worse I made the decision to paint the flame without attempting attempting "object source lighting" i.e. showing the light or color of the flame reflecting on the figure.  It looks a little weird without it, but I often find "osl" to look a little weird too, even when really skilled miniature painters do it.  Overall I'm pretty happy with this piece.

And finally here is a group shot, what a motley crew: 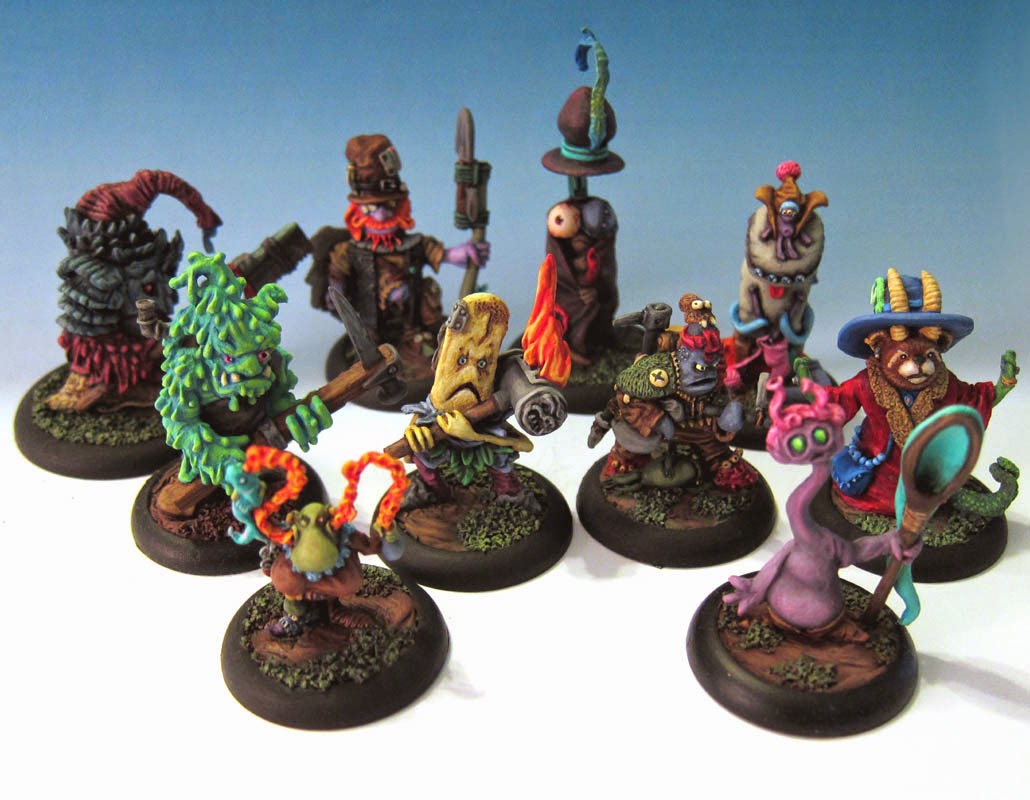 I can't believe I finally finished these guys.  Up next: a vintage miniature of a classic mythological creature.  Stay Tuned!
Posted by xredmenacex at 12:25 AM 4 comments: