My goal with this blog has been to post no less than once per calendar and month, and for the first time since I started it I failed by missing April.  The good news is I'm back!  This time I bring you Grenadier's Ruster Beast from their Monster Manuscript line (Vol.IX.) 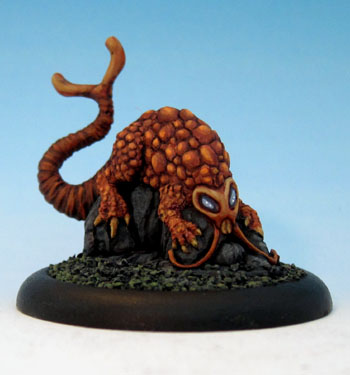 I think this is one of the better Rust Monster minis out there and I enjoyed painting this little bugger.  I really like the texturing that the sculptor, John Dennett, put on this mini. The rocks in particular have an excellent rock-like texture.  I'm not sure I'm satisfied with how I painted the eyes but I was going for some contrast.

I have a couple of small robots on my painting table now, and from the "Other Oddities" department, I went big on backing the Low Life Miniatures Kickstarter even though I have never played the RPG.  The minis are just so gonzo that I had to get some.  I just got the first wave in the mail, so expect to see those soon as well. 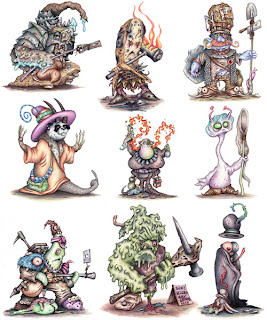 Andy Hopp, the creator of Low Life has a current kickstarter going for a new addition of the Low Life game that I should probably mention as well: http://www.kickstarter.com/projects/1359565526/low-life-the-rise-of-the-lowly-core-rulebook?ref=live