Here is a repainted Howard the Duck Heroclix mini and one of the Duck figures from Archive Miniatures' E'corcist Duck pack (which apparently also included a priest duck) from the late 70s. 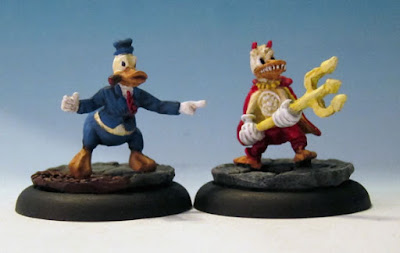 I was curious about Archive miniatures' duck figures.  They always seemed like an odd choice to me, but recently I have been reading the old Steve Gerber Howard the Duck comics (which are pretty great in their own wacky way) and it all made sense.  This "devil duck" that I've had in my collection for a while is clearly based on the comic. 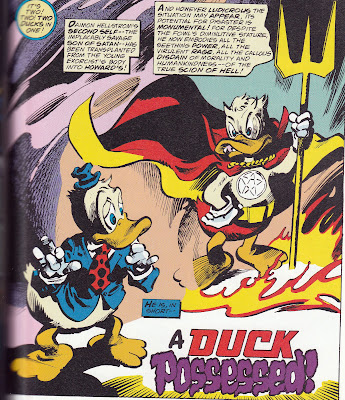 So I grabbed a Howard the Duck Heroclix figure and painted the two of them up.

Here's what Howard looked like before I cut him off his base: 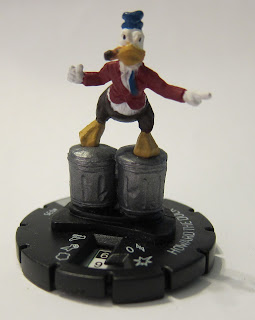 I painted him to match the colors of the original comics run.  The only major difference from the early issues is that he didn't have pants until Disney threatened to sue Marvel due to similarities with Donald Duck. 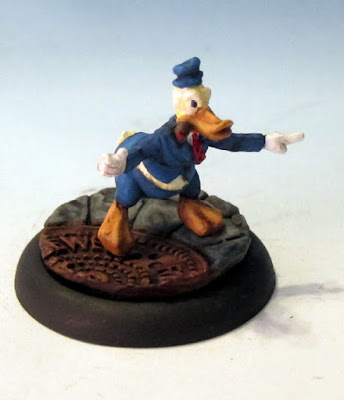 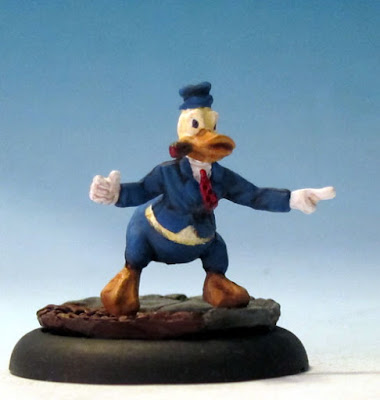 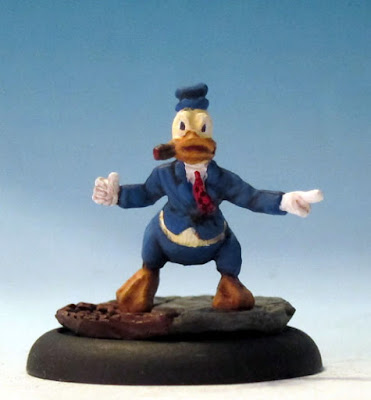 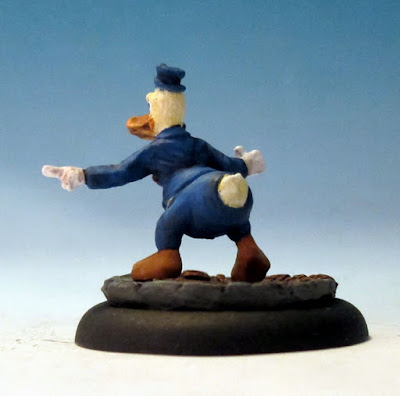 Here's a before shot of the Archive miniature: 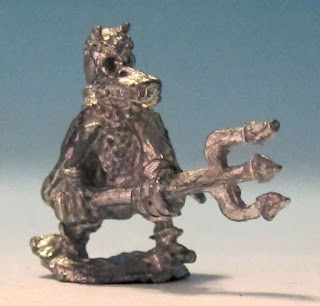 I really struggled with this figure for some reason.  Part of it is likely the coarse sculpting.  The eyes for example are such deep holes that I couldn't do much but poke in some blue paint. 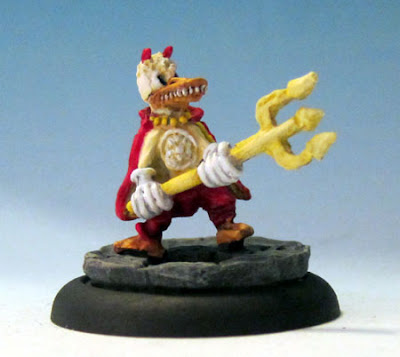 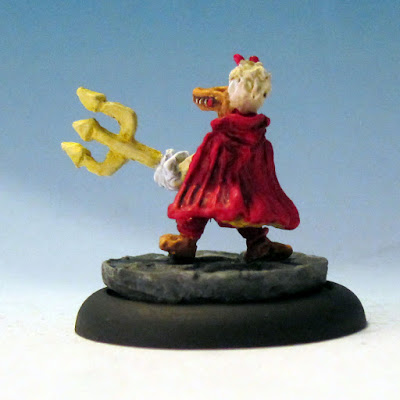 So this figure is actually Howard himself possessed by the demonic side of Daimon Hellstrom.  I tried to keep the colors faithful to the comic.  I did give him red horns which he only has on the cover.  I just thought he looked better that way. 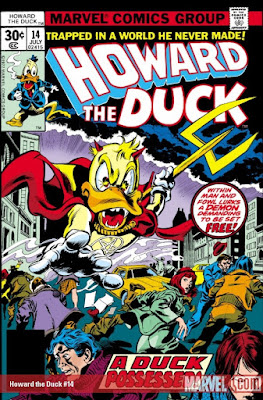 I don't know what I'll be painting next but follow this blog and stay tuned, and you'll be sure to find out.

Posted by xredmenacex at 9:21 PM 5 comments: